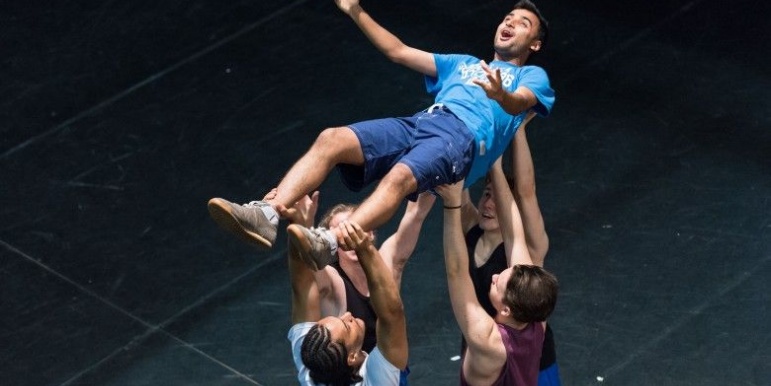 The all-male group of students tried out the company’s trademark energetic, risk-taking physical style of theatre during a two-hour taster session at Liverpool’s Everyman Theatre. The taster session will be followed up with a trial workshop, one of a number being run across the country. From these, just 12 male performers will be selected to form this year’s Ignition company, who will spend a half term week creating an original performance with Frantic Assembly. This will be showcased live at the end of the week in a London theatre.

Steph Kirton, Programme Manager for Acting, said: “The taster session with Frantic Assembly has given our students further valuable skills, confidence and experience in physical theatre, which they can build on in their future work as they continue their studies with us.”